When good design and good paint work together

Andresen Towers has had a close cooperation with Teknos in the development and use of its new fast hardening paint.

Have you ever seen a wind turbine tower be transported across the country? A snail's pace, flashing lights, large flatbed trucks and pilot cars. Transporting wind turbines is both a costly and arduous affair.

The Danish company Andresen Towers has developed a brand new concept for wind turbine towers, which simplifies transport and makes it possible to haul high towers everywhere – even on the narrowest roads and the most intricate roundabouts. The new towers are a project where Teknos' product TEKNODUR COMBI 3560 has met the high demands made by Andresen Towers for the surface paint. 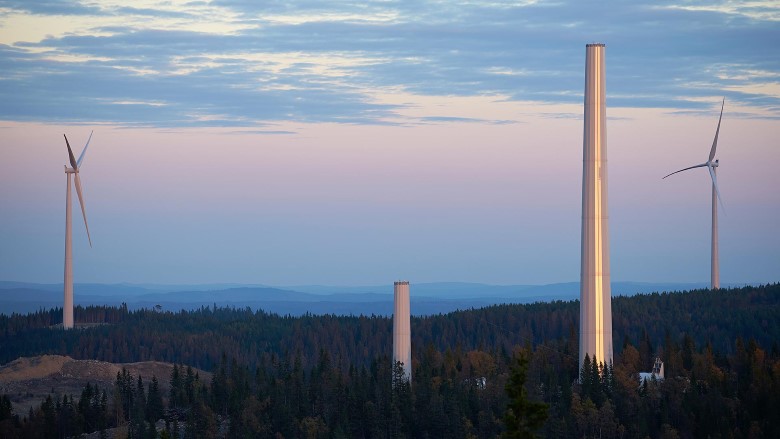 The idea for the concept came from some employees in the sister company Ib Andresen Industri, and it was decided to create an independent company for the production of towers; Andresen Towers.

“We wanted to do something that the others hadn't done. We wanted to make a wind turbine tower, which could be easily transported”, explains Andresen Towers' quality manager, Peter Sylow Madsen.

Before long, the company had patented a completely new way of looking at wind turbine towers, which are easier and therefore cheaper to transport.

In fact, the concept is simple: Instead of welding rolled shells for large, bulky, cylindrical tower elements that are to be transported at full length on large, heavy-duty semi-trailer flatbed trucks, Andresen Towers now produces many different long, bent steel segments that can be transported to the end destination cheaper and faster on normal platform trucks. The steel segments allow hub heights of more than 100 meters, because they are bolted together into towers directly on site. 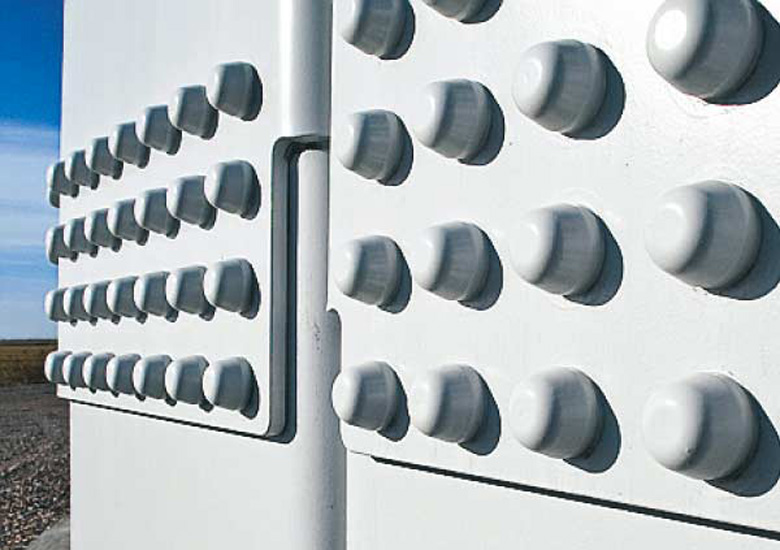 The idea of the easily-transported towers quickly attracted interest in the wind turbine industry. For example, a good cooperation with Siemens Wind Power was quickly arranged. All this interest quickly resulted in a tremendous demand. In order to be able to produce quickly, it was essential to find a paint system that was fast hardening. 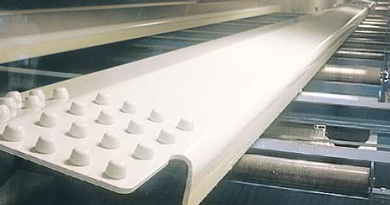 “When we produce most, we have a production of about three and a half towers per week. Such a high production would simply have been impossible with traditional paint. If we had used traditional paint, the steel segments would have had to wait for hardening for up to seven days, and that would have been expensive, demanded immense space and would not have suited the flow”, says Quality Manager, Peter Sylow Madsen.

Therefore, Andresen Towers needed an innovative paint supplier that could offer a fast hardening, stable paint – a paint supplier that could think out of the box and that was in a position to actively participate in phasing in the painting and hardening process, so that the lead times fit with the processes on the other production facilities. This is where Teknos comes into the picture.

“With regards to the paint, we were aided well by the qualified cooperation, as well as both technical and practical assistance from Teknos”, says Peter Sylow Madsen about the cooperation with Teknos.

“At Andresen Towers we are very much in favor of innovation. And at Teknos, we met this same approach. Ever since the beginning of our cooperation with Teknos, we have been enthusiastic about their practical approach, their theoretical knowledge, high level of service and flexibility”, says Peter Sylow.

He looks over at Marketing Manager at Teknos, Henrik Hansen. They both remember when the first steel shells with Teknos paint were produced.

“We were here around the clock the first three days, until late at night. We wanted, of course, to follow the project all the way, we wanted to be fully involved in the production and make sure that everything was as it should be”, says Henrik Hansen.

There were some long days, but it was important for both Teknos and Andresen Towers to see the cooperation put into practice. 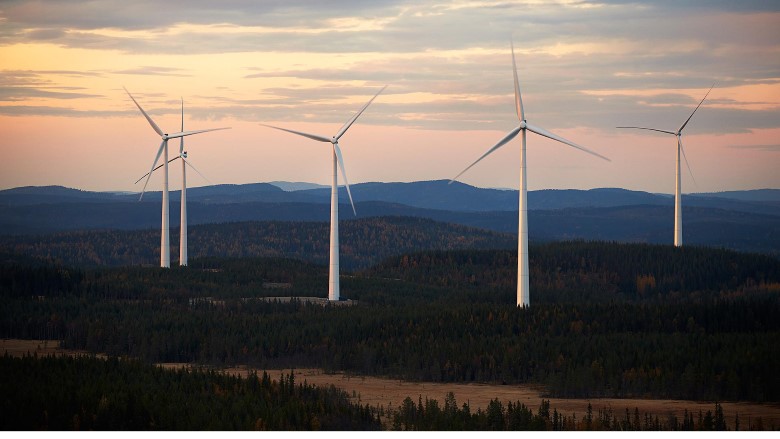 The advantage of Teknos' paint was not only that the hardening time was faster. But also the environmental significance of using a product with such a high percentage of dry matter was important for Andresen Towers.

“We deliver to a green segment, so the environmental benefit of TEKNODUR COMBI 3560 is important”, says Peter Sylow Madsen.

“The most important for us has been the fast hardening, and the fact that we only need to paint once. In this way, the paint has meant that we can have an even and fast flow in production. The project as a whole would not have been the same without their paint.”