A waterborne, 2IN1 anticorrosive paint which effectively prevents the formation of rust beneath the paint film. Gives protection against corrosion even in the harshest conditions.

The technical knowhow of corrosion protective painting has been one of the cornerstones of Teknos from the very beginning. This knowhow is now brought to FERREX® COMBI anticorrosive paint. This one-component paint contains anticorrosive pigmentation to effectively prevent the formation of rust beneath the paint film. As a waterborne paint FERREX COMBI is pleasant and safer to use than traditional solvent paints, whilst giving superior protection. ​

2IN1 – NO SEPARATE PRIMER NEEDED

​​Most anticorrosive paints need a separate primer for protection and adhesion. With FERREX COMBI you get both primer and topcoat at the same time; no separate primer is needed.

FERREX COMBI can be painted over lightly rusted or bare metal providing excellent adhesion for metal surfaces. But make sure that before painting you remove all loose and flaking rust using a metal brush or sandpaper.

THE BEST RUST PROTECTION IN ALL CONDITIONS​​

Also in indoor spaces, where there is almost permanent condensation, FERREX COMBI gives excellent corrosion protection to metal surfaces. As a waterborne, anticorrosive paint, with low VOC emissions, FERREX COMBI is safe to use also indoors. ​

FROM HINGE TO BRIDGE​

FERREX COMBI is so versatile, it can be used on steel metal roofs and walls, railings, furniture, doors, windows, radiators, support columns, ladders, trailers and much more. From the smallest metallic parts to machinery and bridges. FERREX COMBI can also be used even in metallic boat parts above the waterline.
It can be applied by a brush or a spray gun.​

PAINT FOR RUST THAT CAN ALSO BE TINTED​

Semi-matt FERREX COMBI is available in two premixed colours, grey and black.
It can be also be tinted to any colour from Exterior colours card, which gives great opportunities to choose even a bright colour.  With this 2in1 paint you have the primer and the topcoat already in the same colour, which makes painting easier.

FERREX COMBI also benefits from amazing colour and gloss retention. The painted surfaces will seem freshly painted even after years, no fading in the sun.​

When tinted, FERREX COMBI achieves up to high corrosion class C4, making it usable for industrial areas, costal areas with moderate salinity as well as chemical plants and swimming pools.​

Interior:
Buildings or areas with almost permanent condensation and with high pollution​.

A waterborne, semi-matt, one-component, 2in1 anticorrosive paint for painting metal surfaces both outdoors and indoors.

In addition to the right paint and its gloss level, colour is important part of the product. FERREX COMBI is available in premixed colours, grey and black, but tintable for all shades of the Exterior colour card. Find your local retailer or distrubutor to get the paint with chosen colour.

Exterior colours that gives a beautiful surface for wooden and rendered facades, socles, roofs, doors and windows at the desired gloss level.

Find your local retailer or distributor from the Teknos country pages.

Are you looking for more paints?

Use the product search to find more paint products and product information.

Cleanliness and quality are everything to us. Our products are manufactured responsibly with nature and the environment in mind. 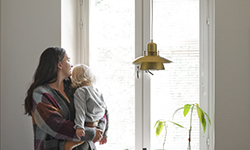 Help our planet by treating paint waste in an environmentally responsible way and maintaining paint equipment properly. Estimate the need for paint in advance and properly disposing of unnecessary paint products. 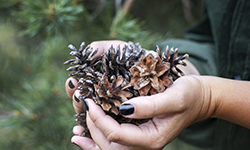 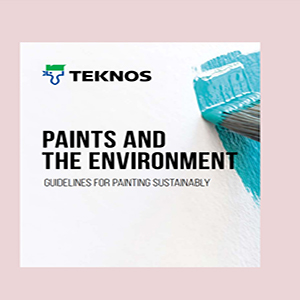 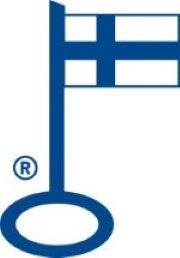