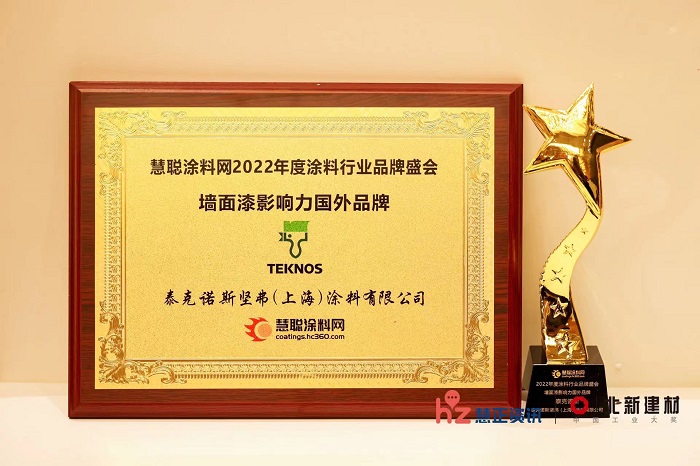 A very well-known Chinese coating media called HuiCong has been again organizing its yearly tradition, a Summit on Coating and Waterproof industry competition. The idea of this happening is to provide the possibility for external people and customers to give their voices and vote for the most influential brands in this category. This year was the 18th time for this competition to take place, but the very first time when Teknos China participated in it.

Previously, Teknos China has been mostly focusing on the flooring coatings and, therefore, has not had the chance to take a part in this competition. However, after 2020, Teknos China started a cooperation with one external party and, due to its strong sales network, Teknos was successfully able to open 150 new stores locally. Not only did China open more stores during that time, but they also started specializing more on the interior wall paints. Owing to this, Teknos China got a perfect opportunity to participate in this competition and get to see how they are being perceived in the local markets. The competition took place during April and May 2022.

The competition by Industry media included three steps, during which the companies were measured according to different topics. First step for the companies who wanted to participate in this competition was the registration phase. Second step was the first round of voting. During this, customers and all other volunteers were able to vote in WeChat (Chinese Whatsapp) for the company that they considered as the best among all the registered firms. Teknos had clearly done its job well in the Chinese markets, since we got the very first place among 20 top performing firms in that voting. Lastly, during the third round, industry experts were giving their votes for the participant companies depending on four segments.

As a very positive surprise, Teknos was ranked as the 7th among the top 10 (with the score of 7.67 out of 10). Teknos China was amazingly proud of this result. It is clear that Teknos’ sustainable missions are strongly leading us to the very right direction, little by little.

Ceremony for the winners

After the winners were announced, the organizer company of this competition arranged an award ceremony for the winners. All the top performing companies were given certificates and trophies for their great success. 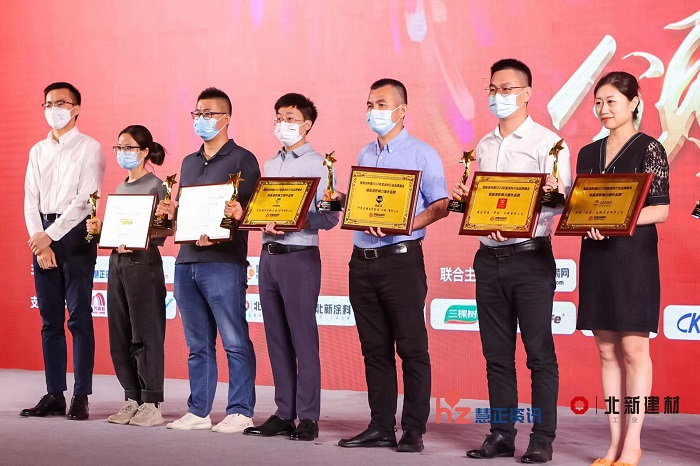 Kevin Dong represents Teknos on the stage, standing in the middle

We will continue our efforts toward maintaining our visibility and further strengthening of Teknos reputation.