For Teknos, youth employment is important, which is why we offer a wide range of opportunities for young people, students, and recent graduates who are at the beginning of their careers. Summer and seasonal workers work in many different jobs, such as product development, paint manufacturing, maintenance, quality control, and various office tasks such as order processing and export.

Each year, Teknos Oy hires several summer and seasonal workers. This year over 80 young people worked at Rajamäki and Pitäjänmäki facilities. Versatile tasks attract young people from different life situations to join Teknos as most of the positions don’t require previous work experience or a certain kind of background. General criteria are 18 years of age and the capability to work in Finnish language.  Above all, at Teknos emphasis is placed on positive attitude, responsibility, and the capability of taking initiative.

Seasonal worker Antti, 21 works in the central warehouse. He heard about the job a couple years back from his brother who was also a summer worker at Teknos. After his first summer Antti was encouraged to apply to Teknos in the future and now after the military Antti found his way back to the central warehouse. In addition to Antti, Antton, 19 and Jesse, 24 have found jobs at Rajamäki’s central warehouse. Antton applied for the job right after finishing high school and Jesse applied to Teknos after seeing a job advertisement for the seasonal workers online. 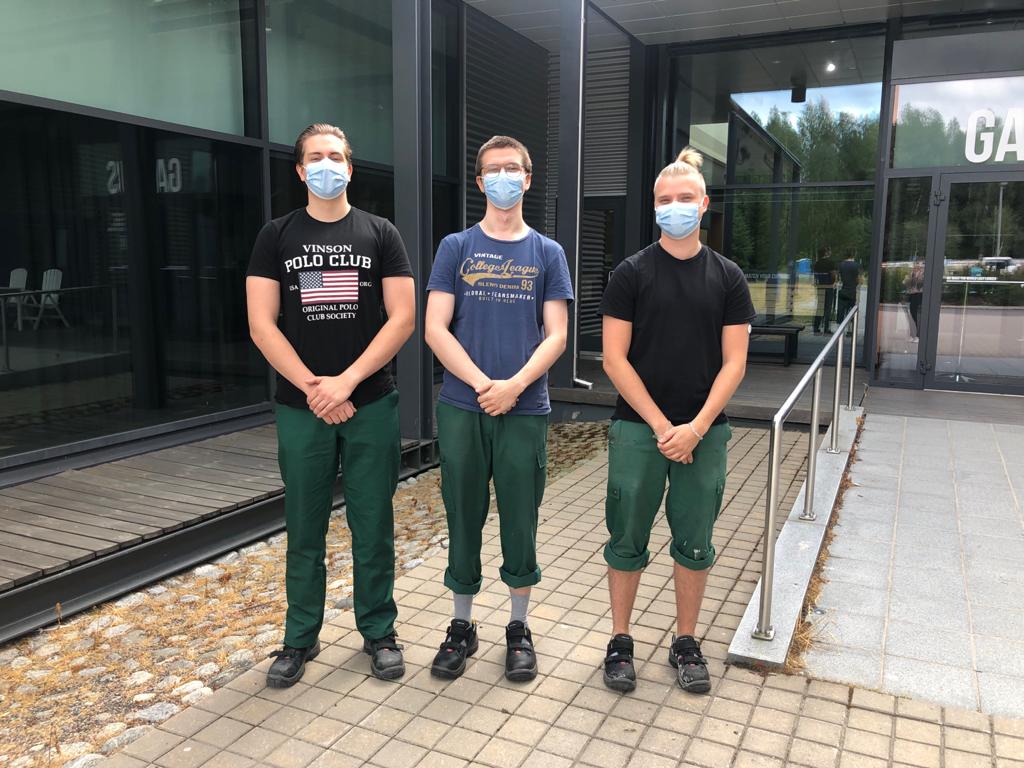 Niilo, 19 and Ilkka, 22 both started working as summer workers at Rajamäki’s powder paint production in April. Niilo is working at Teknos for the first time, but for Ilkka this is his third summer at Teknos. Like Antton, Niilo found Teknos as a great summer job opportunity after graduating high school. As for Ilkka, pleasant experiences made him return to the familiar work environment while his university studies were on summer break.

At Teknos, professional colleagues have enabled a good onboarding to both warehouse and paint making processes. According to the interviewed the work tasks were learned by doing and great guidance. “During the first week or two, we get introduced to the work with an instructor who follows and guides how each task is to be completed. Good safety measurements ensure that nothing can go wrong”, Niilo says.

At Teknos, safety is of importance to us, and we want to continuously improve our operations. Therefore, seasonal and summer workers are also expected to use approaches that focus on safety and continuous improvement. According to Niilo and Ilkka the importance of safety is not only reflected in good onboarding but also in daily activities, for example through first-aid kits that are always visible and safety warnings that rotate on info-screens. According to Jesse, harness training has also been held for summer and seasonal workers in the high-bay warehouse.

Having a summer job at the factory has broadened the view of summer and seasonal workers about paint production but also about working in a factory on a general level. “In the field, you can see how mass production works, how the whole production revolves and how the responsibility is divided,” Ilkka mentions. Also, according to Antton, “Summer work has helped understand the overall functionality of the warehouse”. 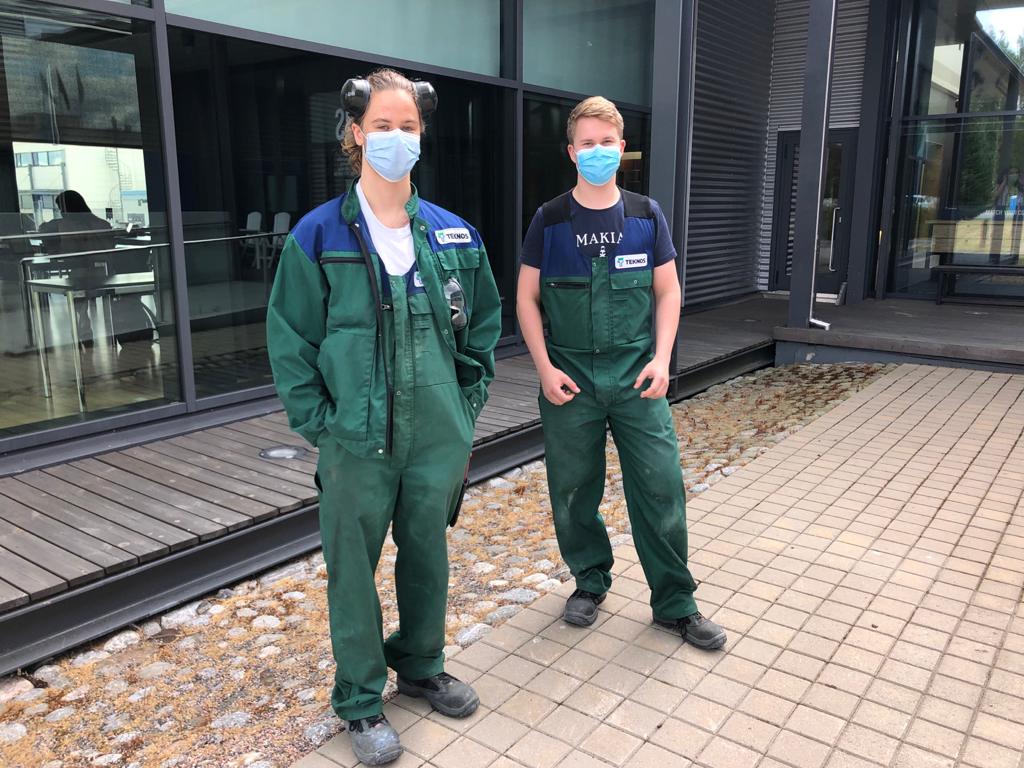 All the interviewees have enjoyed working at Teknos. Antti brought up the delicious staff lunch, whereas Ilkka talked about the different benefits they receive, such as a gym and a comprehensive health (accident) insurance.

Above all, the stress-free and relaxed atmosphere makes the summer work enjoyable. Ilkka expected the work in powder paint production to be physically tougher, but he was positively surprised by the relaxed and calm pace of work. According to Niilo, work tasks can be performed in peace and independently, without and pressure or hurry. Antton also emphasized the versatile work tasks and great colleagues at the warehouse.

Most of the summer jobs alternate on two or three different shift rotations. For the most part, working in shifts is nice for many, bringing change to each week. According to Jesse, one doesn’t need to stress about work outside of the work hours. That way, during free time the workers can focus on other things and enjoy the summer. Alternating shifts also make it possible to implement different kinds of plans for free time.

Overall, the summer has gone by well. Despite the good air conditioning at Rajamäki, some of the warm summer days have been “a little bit sweaty” according to Niilo and Ilkka. Even the slightest feelings of frustration arose when the summer heat produced a temporary downtime on the machinery. However, all the interviewees mentioned that help is always available, and they are not left alone with problems. “Someone more experienced is always ready to help”, Niilo reminds.

Despite the different backgrounds and future plans that the summer and seasonal workers have, Teknos has offered a suitable option for each of them. Positive experiences have surely offered lessons for the future as well. Antti, Antton and Jesse, mentioned that they would be interested in continuing the work even after the summer.

All in all, Niilo, Ilkka, Antti, Jesse, and Antton would recommend Teknos as an employer!