An intelligent solution to create temporary housing in deserted buildings

A home for the homeless, a valuable help for local authorities and a benefit for owners of vacant buildings – the housing cubes of the French non-profit organisation Unity Cube serve all parties involved. The recyclable cubes are erected in deserted buildings to create humanitarian housing for people in need. An exemplary concept that utilises Teknos fire-retardant coatings to comply with safety regulations and protect the inhabitants.

“Thousands of homeless people on the one hand and huge vacancies on the other is a paradox situation we did not want to accept any longer,” says Baptiste Debort. He belongs to a group of architecture and engineering students who began to deal with this issue in 2016. The group developed an innovative idea and founded a non-profit organisation that has by now carried out several successful projects: Unity Cube.

'The box inside the box'

The idea of Unity Cube is as simple as it is convincing. Wooden room cubes that can be easily erected are combined to make functional housing units. These units are placed in vacant buildings to provide temporary housing.

The housing cubes are made of cost-saving material that can be recycled. The construction is based on standard wooden pallets and clad with OSB boards. Unity Cube has developed several types of cubes such as living rooms, bedrooms, kitchens and bathrooms. The individual rooms can be flexibly combined into housings of different sizes. Depending on the requirements, they can provide privacy and protection to single persons, groups or families.

Unity Cube carried out its first project in Toulouse in 2018. The local city council planned to use gymnasiums as additional space to accommodate people in need. The cubes helped to easily create smaller housing units within the halls for women, children and families. Several units for four, six and eight people were erected. During the winter months 2018/19 they served as a safe, homely accommodation for almost 2,000 overnight stays of people in need. For the next winter, there are plans to re-use the temporary housings.

In another case, Unity Cube helped the non-profit organisation Caracol in Northern France to create additional space for a solidarity roommate project. Thanks to the modular construction, Unity Cube could build a two-person housing within just one day. More modules were erected and adapted to the existing building on site. In total, Unity Cube provided rooms for five people who share the accommodation in this solidarity project for two years.

At the moment, a larger project in Paris is in preparation, and further projects will follow. The organisation itself is also growing. Unity Cube currently has 13 active members in Toulouse, Paris and London and is supported by a growing number of companies, authorities and individuals. 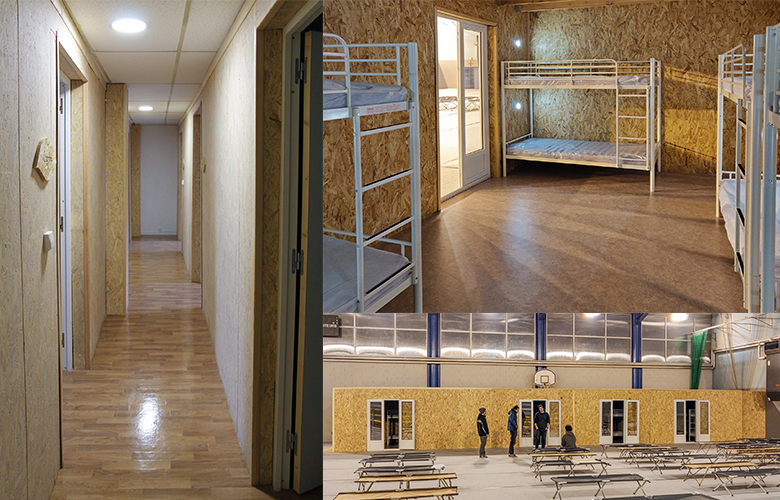 The housing modules from Unity Cube are a solution for two problems: They help local authorities to quickly and flexibly provide homely accommodation for people in need, and they are an opportunity to economically use vacant office and other space in empty buildings.

Unity Cube sets high value on the sustainability of their modules and on respecting building and other regulations in force. The organisation closely cooperates with the authorities and prefers sustainable, innovative solutions for building their cubes. This is why they made contact with Yves Trias from the French Teknos dealer Taylux.

“We were looking for a sustainable, state-of-the-art coating that helps us comply with building regulations,” says Baptiste Debort. “The Teknos solution was the most convincing, so we use it for all our modules now.”

Unity Cube treats the OSB boards of most of their cubes with the fire-retardant coat TEKNOSAFE 2467. Just like the other solutions of the TEKNOSAFE product family, it forms an insulating layer of microporous carbon foam that isolates the construction element and prevents it from catching fire. An innovative, sustainable solution which protects the residents' lives and makes sure the modules are compliant with fire protection regulations.

The 'box inside the box' idea is getting more and more popular. “The authorities appreciate that they can quickly and cost-efficiently create a homely housing for people in need,” says Baptiste Debort. “The modules can be easily erected without specific expertise and flexibly combined into different unit sizes.”

The owners benefit from the concept too. “A vacant building can cost the owner a lot of money,” explains Baptiste Debort. “With our cubes, the building can be temporarily used without refurbishment or permanent changes. Plus the owner can also get a compensation for renting out the building. So all parties will benefit from our idea.” 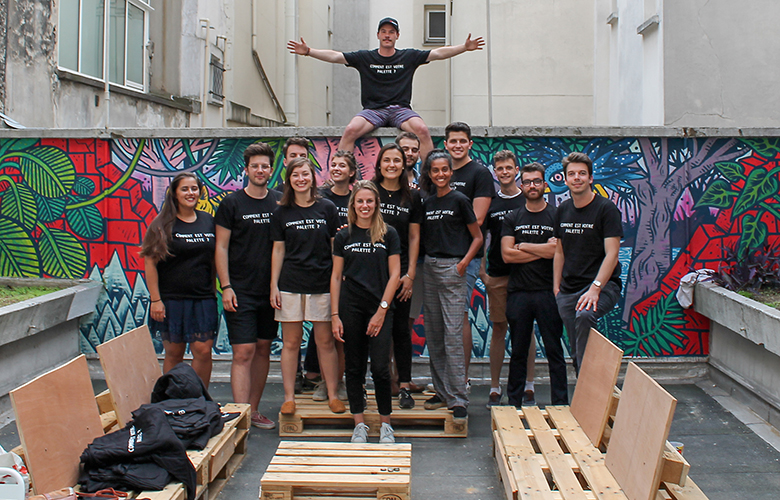 Unity Cube is a non-profit organisation founded by French students with the objective of providing housing cubes that can be placed in vacant buildings in order to create emergency accommodation for homeless people. 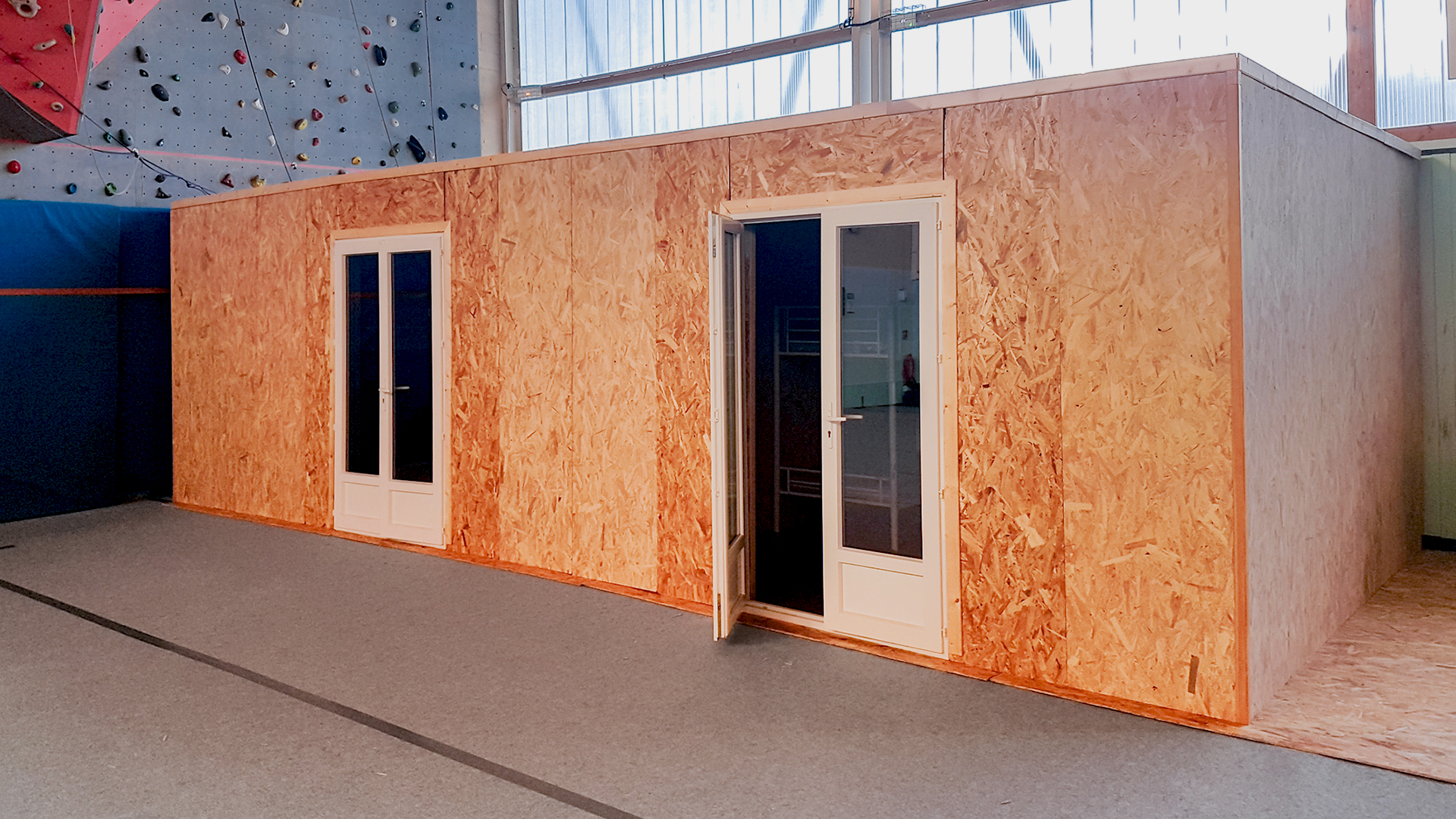 “We were looking for a sustainable, state-of-the-art coating that helps us comply with building regulations. The Teknos solution was the most convincing, so we use it for all our modules now.” Baptiste Debort, co-founder of Unity Cube