Long-lasting corrosion protection in offshore use

Teknos paints for heavy-duty corrosion protection, have proven their worth on the German Mittelplate oil rig over decades. The operator Wintershall Dea currently uses the dip coating TEKNODUR MIOX 9202-01 for its transformers.

Offshore applications are amongst the most demanding applications for corrosion protection coatings. One example is the transformers on the Mittelplate drilling and production rig in the Schleswig-Holstein Wadden Sea, the most productive oil field in Germany. On Mittelplate and the connected Dieksand land station, some 40 transformers are used to provide the supply voltage for all consumers. The majority of the transformers are in and exposed environment. Boilers, cooling fins and attachments are constantly exposed to salt spray and must be reliably protected against corrosion.

"During an inspection, we noticed that some older transformers showed significantly fewer signs of corrosion than newer ones," recalls Fabian Ehlers, who, as an electrical engineer at Wintershall Dea, is responsible for the maintenance and servicing of the transformers at the Holstein production facility. "We looked into it and found that the reason was the different coating systems on the boilers."

The newer boilers are coated in the conventional way with an anti-corrosion paint containing zinc and a final coating in accordance with DIN EN ISO 12944 for corrosion protection class C5-M with long-lasting protection. The older boilers, on the other hand, had been hot-dip galvanised and treated with the Tarponcryl EGL coating solution from Teknos.

"The effects of the different coatings are striking," says Fabian Ehlers. "We still have three first-generation transformers in use today that were treated with the Teknos system. After more than 20 years in offshore use, they show virtually no signs of red corrosion. Even on the difficult edge areas, only white corrosion is visible, so the zinc coating is still intact. On the other hand, the transformer boilers that are at least ten years younger and coated with a conventional treatment according to C5-M, are considerably more corroded and will gradually be replaced in due course."

To develop a specification for future coatings, Fabian Ehlers discussed with Teknos and the transformer manufacturer J. Schneider Elektrotechnik. Following the discussion, it was decided to use TEKNODUR MIOX 9202-01 as it is the successor product to Tarponcryl EGL used in the original project. Since 2018, all new coatings of transformers for the Holstein production company have been carried out according to the new specification with TEKNODUR MIOX 9202-01.

The boilers and attachments, which are made of black steel, are hot-dip galvanised with a 120 µm zinc coating after sandblasting and an acid bath and finally coated with a layer of TEKNODUR MIOX 9202-01 at least 220 µm thick. This layer build-up requires about 4-6 flow-coating passes. Five boilers have been treated in this way, with more to follow in the coming years. 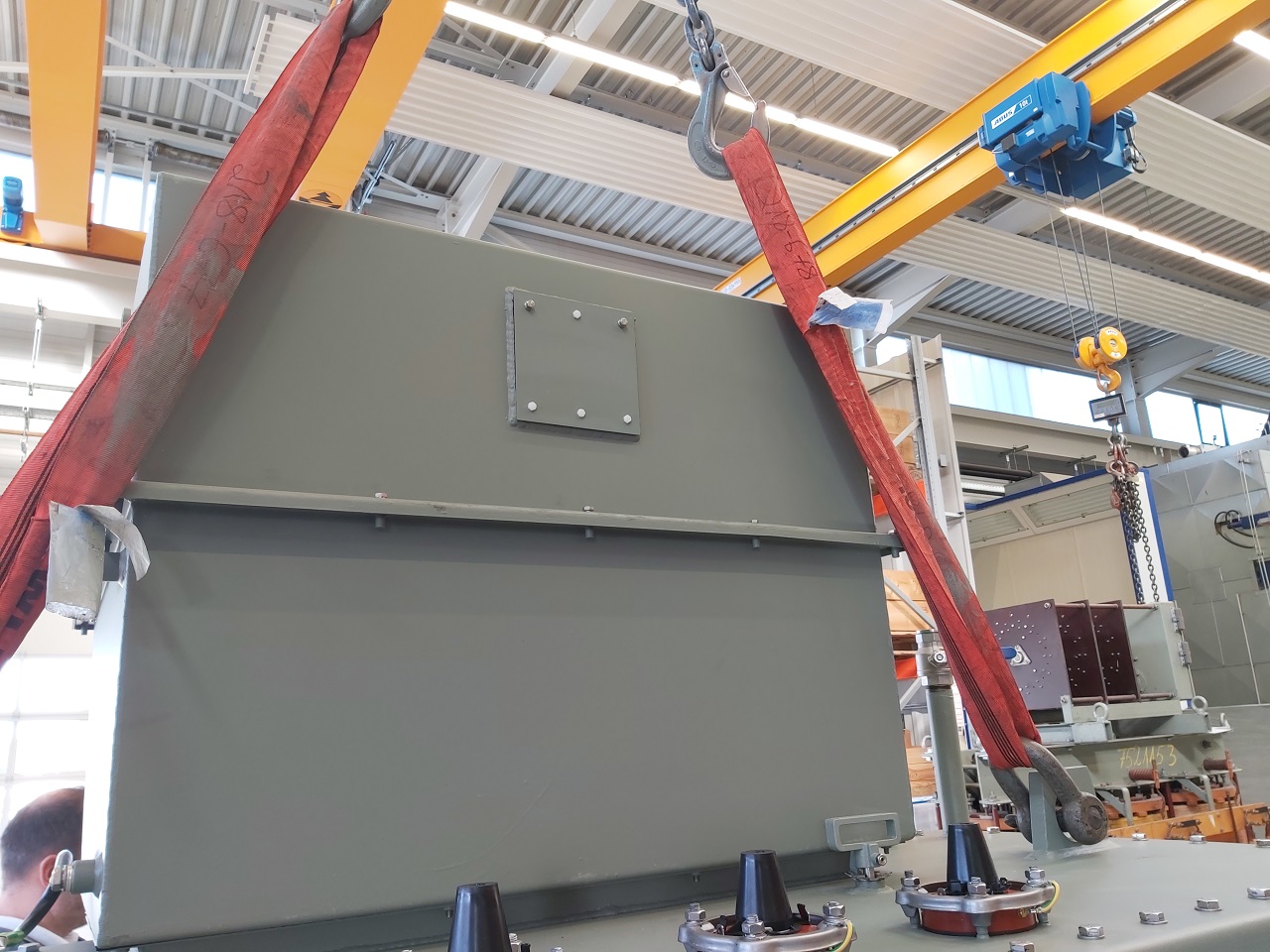 "We can already see that with the new coating specification the corrosion protection is significantly more effective than with the non-Teknos system," remarked Fabian Ehlers. "The previously installed transformers showed visible signs of corrosion after only a few years, however the transformers treated according to the new specification are still completely intact at a comparable age."

The significantly longer service life of the corrosion protection brings considerable advantages. "The durability of a paint system is a decisive criterion for us, because the effort required to renew the coating is enormous," explains Fabian Ehlers. "The transformers have to be removed and brought ashore for this. They weigh up to seven tonnes and are usually located in places that are difficult to access. The logistical effort for disassembly and reassembly is high because the existing construction must be disassembled and reassembled for removal and reinstallation. Removal, shipping and reassembly can take several days. In addition, there is downtime and the risk of damage when manoeuvring in such a confined space. The advantage is correspondingly great when the intervals for new coatings are extended by several years. For the transformers treated according to our new specification, we anticipate that the lifetime is going to be longer than the planned production time at Mittelplate."

"The Mittelplate example shows that the C5-M High specification does not necessarily guarantee the expected lifetime," says Martin Mehler, Business Development Manager at Teknos. "This requires an intelligent, technically advanced solution. Developing coating systems to extend the life of our customers' assets and make the world last longer is our mission as a paint manufacturer, and TEKNODUR MIOX 9202-01 is an excellent example of this." 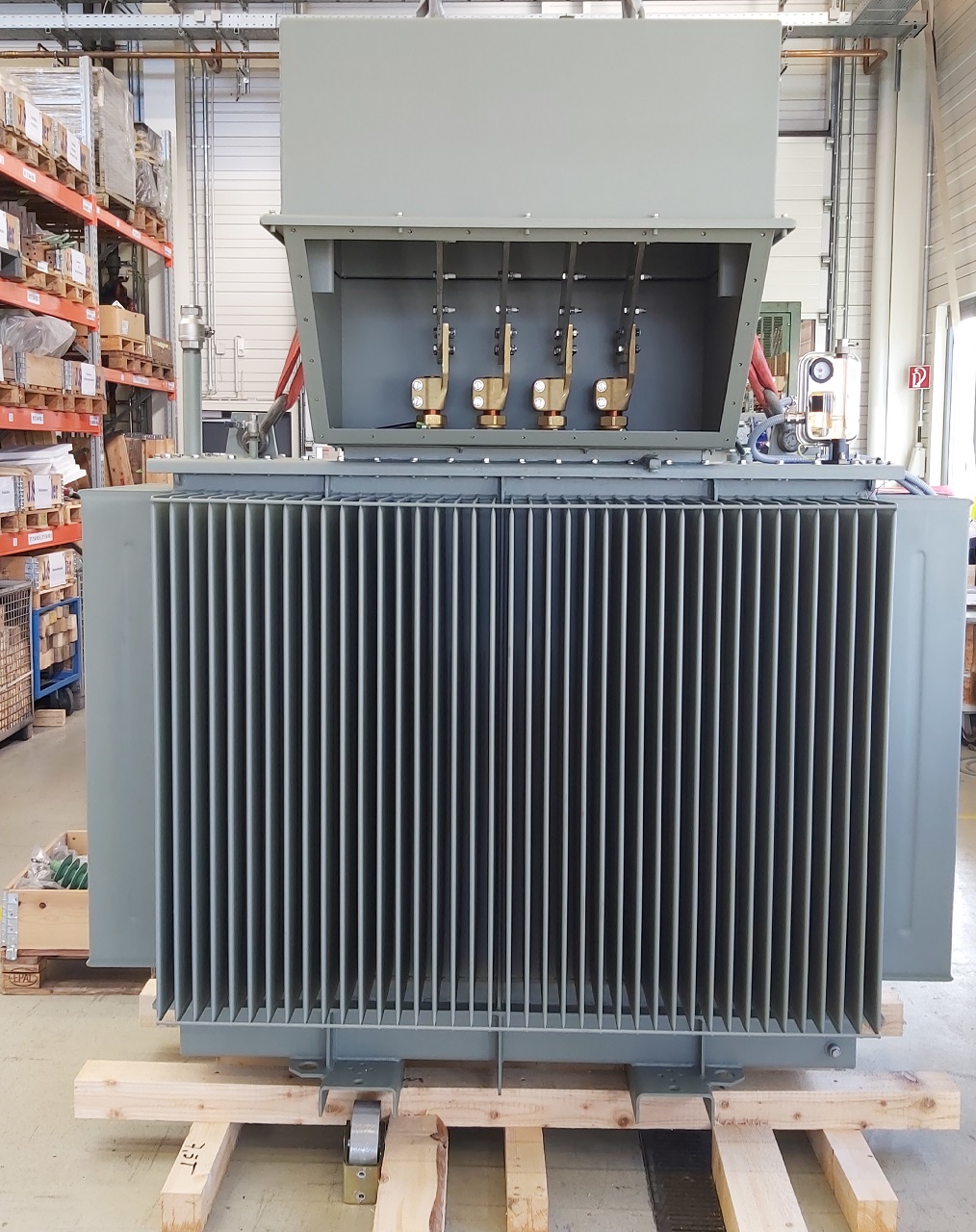 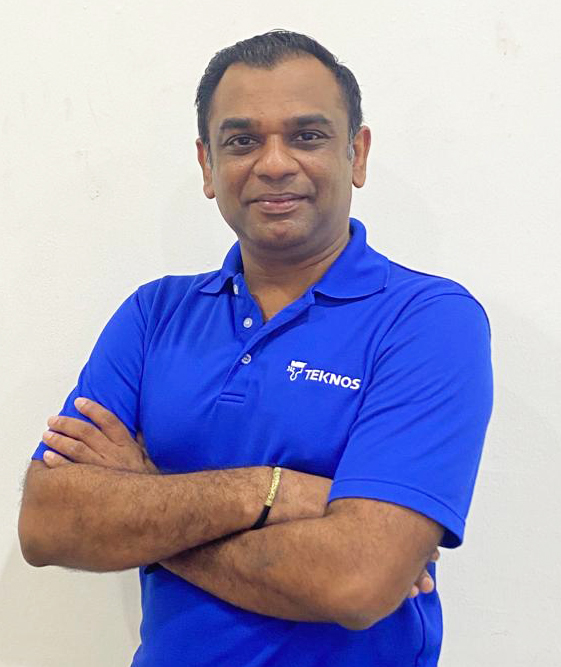 ASK FOR A SPECIFICATION 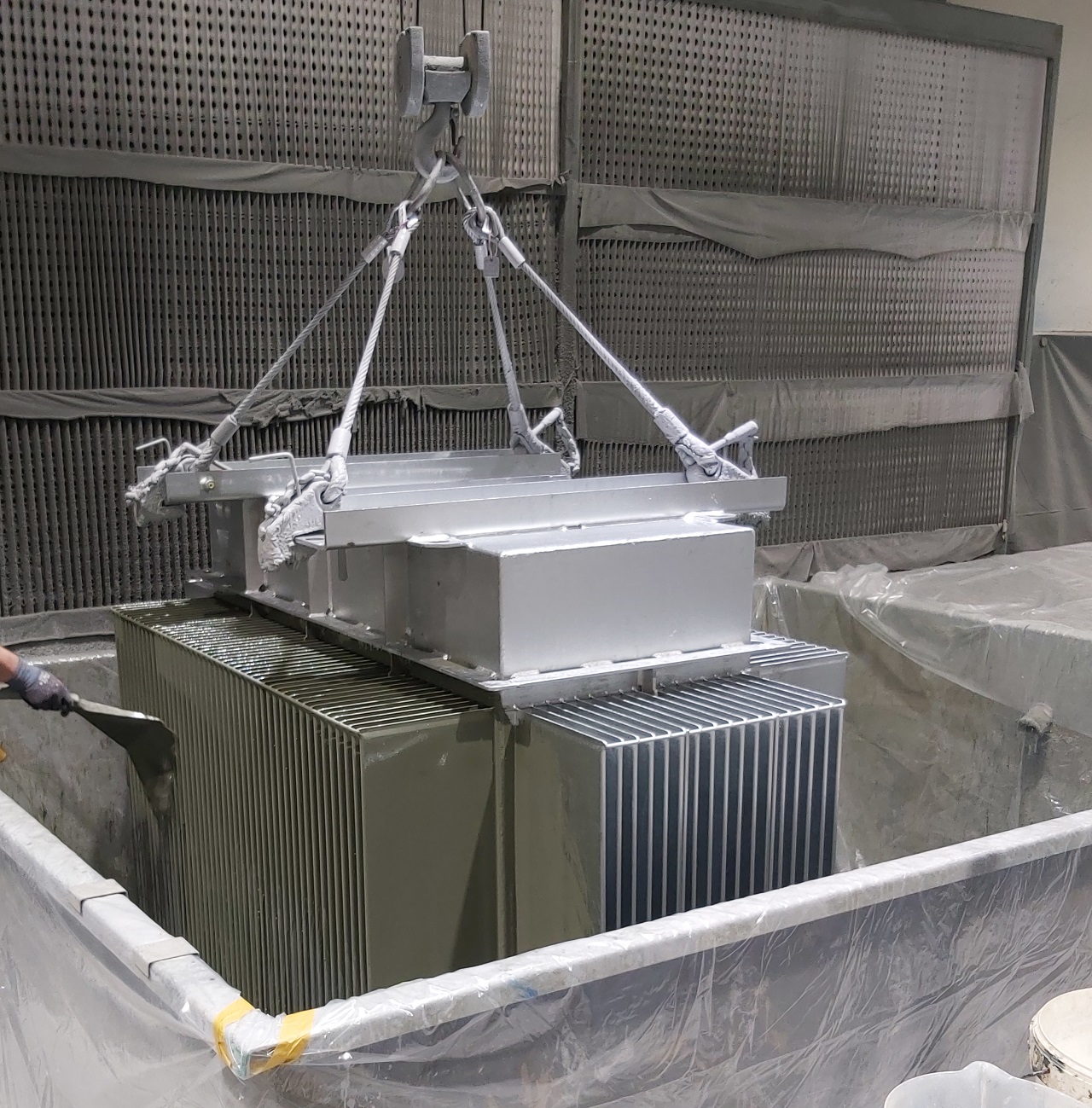 Teknos has lengthy experience with coatings for transformer housings and offers TEKNODUR MIOX 9202-01, an excellent solution that is also suitable for other applications requiring long-lasting corrosion protection under demanding conditions.

TEKNODUR MIOX 9202-01 is a versatile, 2-component polyurethane topcoat containing micaceous iron oxide. The product provides excellent corrosion protection and is suitable for smooth and blasted SA 2 ½ steel, zinc and aluminium surfaces as well as for use on top of suitable primers such as TEKNODUR PRIMER 3420. 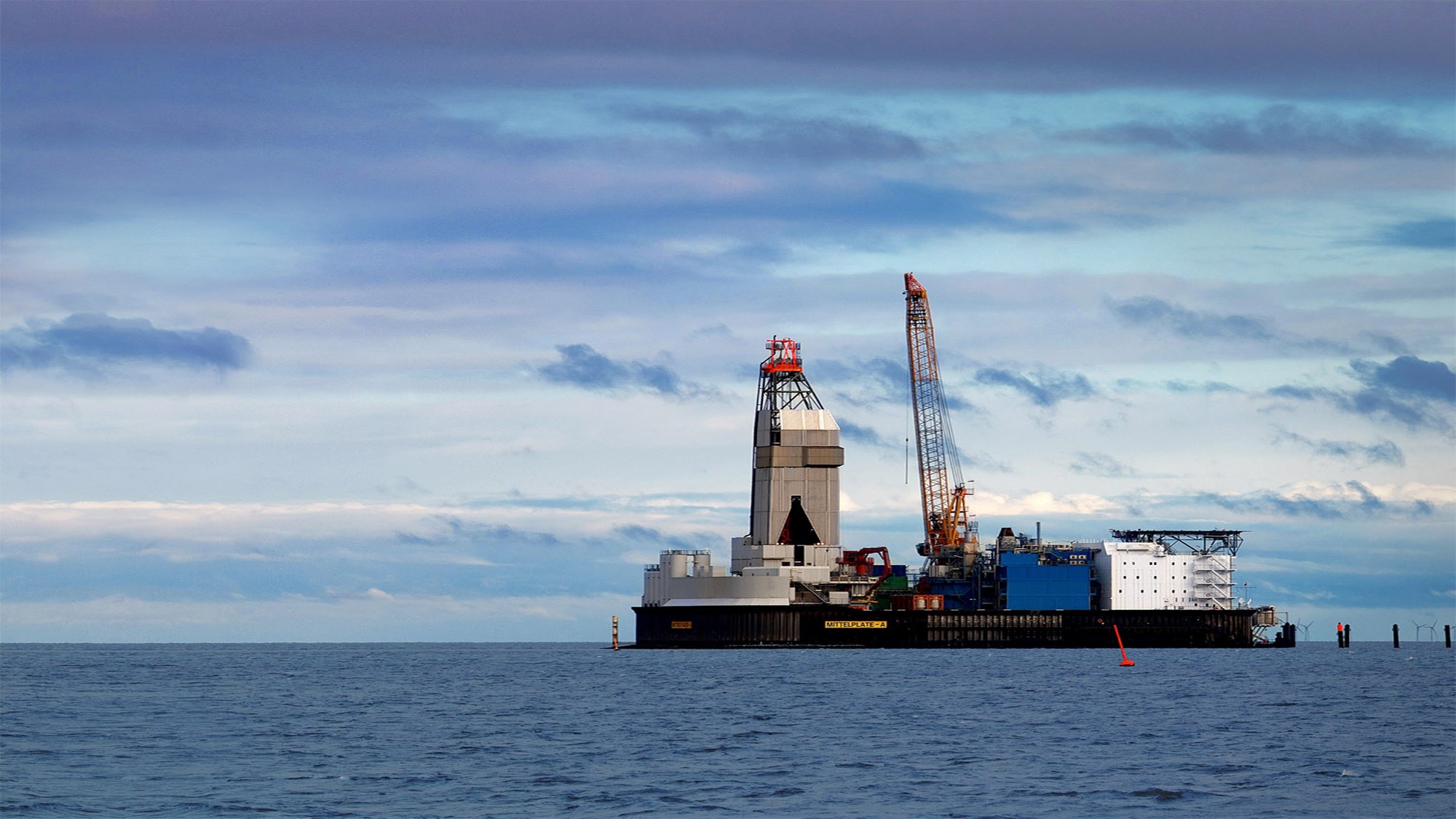 The Mittelplate drilling and production rig operated by Wintershall Dea in the Wadden Sea of Schleswig-Holstein, together with the associated Dieksand land station, is the most productive oil field in Germany. Since 1987, more than 37 million tonnes of oil have been produced here without any incidents; the annual production volume accounts for more than half of the total production in Germany. State-of-the-art technology with an emission-free driven drilling rig as well as complex monitoring and safety systems enable oil production in the sensitive ecosystem of the Wadden Sea. 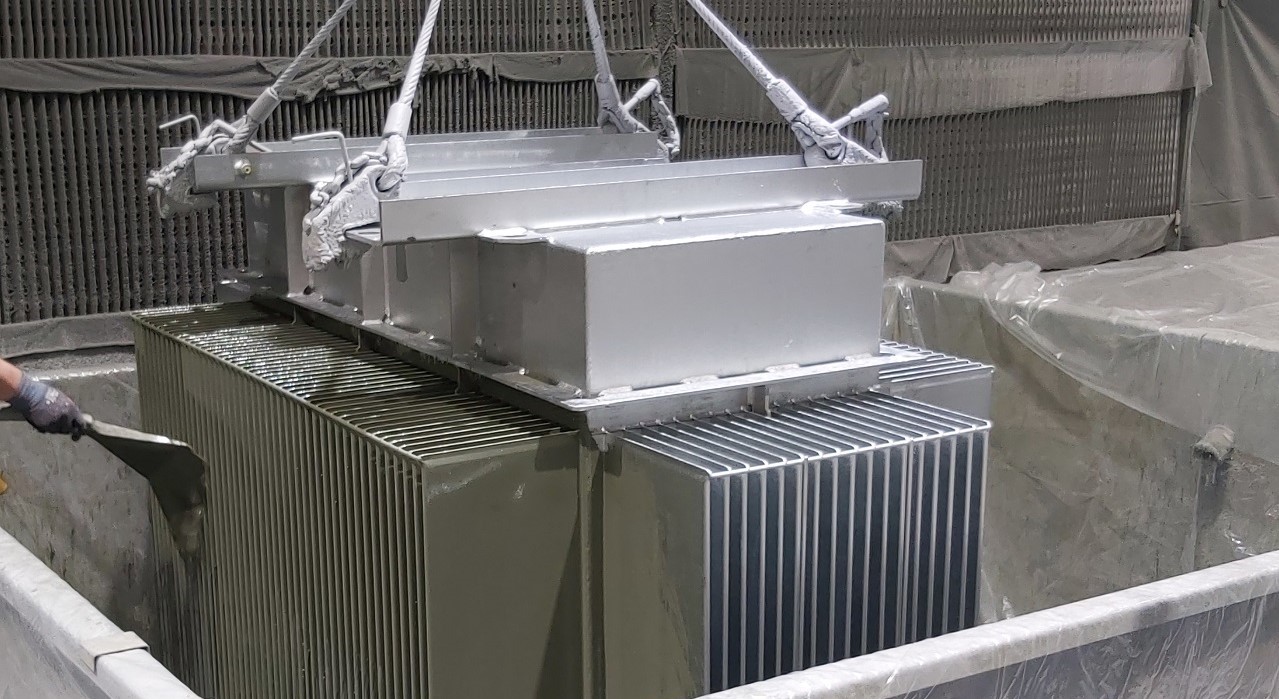 J. Schneider Elektrotechnik (Offenbach) manufactures individual transformers and other electrotechnical products such as power supply units, chokes, UPS systems and high-voltage power supply units for areas of application ranging from tunnel construction to electromobility and amusement parks. Founded in 1939, the company operates three plants in Germany and employs around 370 people. J. Schneider Elektrotechnik has been supplying the oil transformers for Wintershall Dea's Holstein production facility since 2015 and has been using boilers coated with Teknos paints since 2018.