Over 20 years of success with Teknos' products

Uldal AS is one of the big names in Norwegian window and balcony door construction. Founded in 1942 and now part of the Byggma Group, the company has made a good name for itself over the decades with its high quality, reliability and outstanding service. Its main products are pine windows and doors. Wood elements with aluminium cladding make up about 20% of its window production. Uldal produces roughly 60,000 units per year at its southern Norwegian sites in Birkeland and Varhaug, predominately for the domestic market. Sales are conducted through the building materials business and prefabricated house manufacturers. Uldal and its 115 employees bring in a total turnover of roughly € 19 million.

Cooperative efforts between Uldal and Teknos go back to the 1990s, under GORI Industry at that time. Since then, the window manufacturer has remained loyal to its supplier for over twenty years - and not without reason. “Teknos has outstanding products with a good cost-to-benefit ratio and offers excellent technical support,” according to plant manager Atle Uldal. “We work closely with Teknos as well as with the technical competence centre in Denmark, where Teknos conducts tests for us. The support staff is dedicated and competent – just what we need.”

Uldal primarily coats its windows and doors in opaque white paint, as is the custom on the Norwegian market. The manufacturer uses a three-layer system with GORI 356 impregnation, ANTISTAIN AQUA 2901-52 primer and AQUATOP 2600 topcoat. This system is used at both plants. Impregnation and priming are applied by flow coat,
while the topcoat treatment is applied by electrostatic spraying with recycling. The Uldal plants can coat roughly 700 frames per shift.

“We achieve outstanding surface appearances with Teknos systems,” said Atle Uldal. “This is a major factor in the quality of our products, and it impresses our customers. That’s what makes Teknos the right partner for the coating.”And the success story continues. Uldal expanded its sales organisation in 2015 and increased its turnover by 30 percent. High-grade Uldal windows with Teknos coatings are on the rise in Norway. 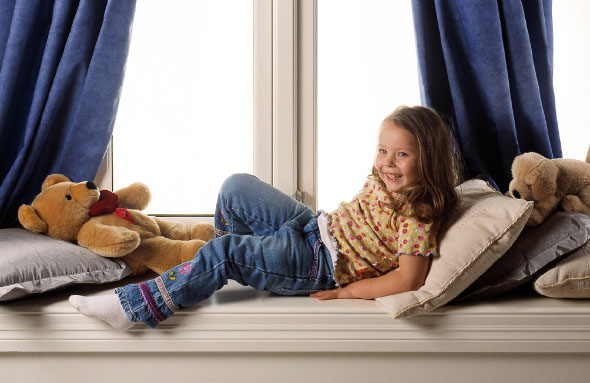